Prepare for the most epic conflict in the multiverse, the final battle, the ultimate showdown! Come, and witness legendary wizards clashing for the first and last time in untold millenia. It’s a struggle between beings of unfathomable power and immense wisdom and.. and.. ahem.. where was I? Ah.. yes this brings to mind a tale I’ve heard in another space and another time more than a thousand generations ago..

Witless Wizards is our latest game on Kickstarter, by Chris Marling. It’s a fast and humorous game for 2-4 players that can be played in 15 to 25 minutes and light enough so that all of the family can enjoy it! It is about the conflict between extremely powerful wizards that may have misplaced some parts of their valued wisdom after millenia of existence. 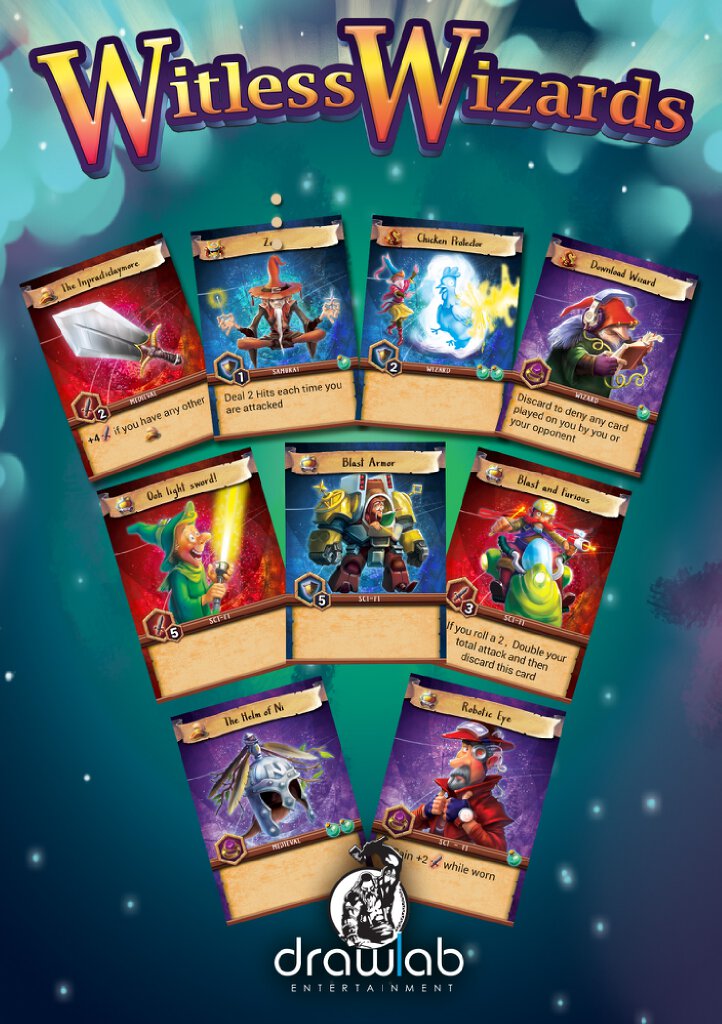 The game uses simple and intuitive mechanics to equip wizards with various cards that represent items, combat techniques and all kinds of other tricks. The venerable wizards need to employ all of their concentration in order to properly recall their tricks, in this battle of wits.
The game has already been offered as a demo version in the UK Games Expo 2018 where it was received warmly by almost everyone that tried it.
We invite you to our campaign, so that you can experience this battle of wits between Witless Wizards!