Fired Up available on March 2 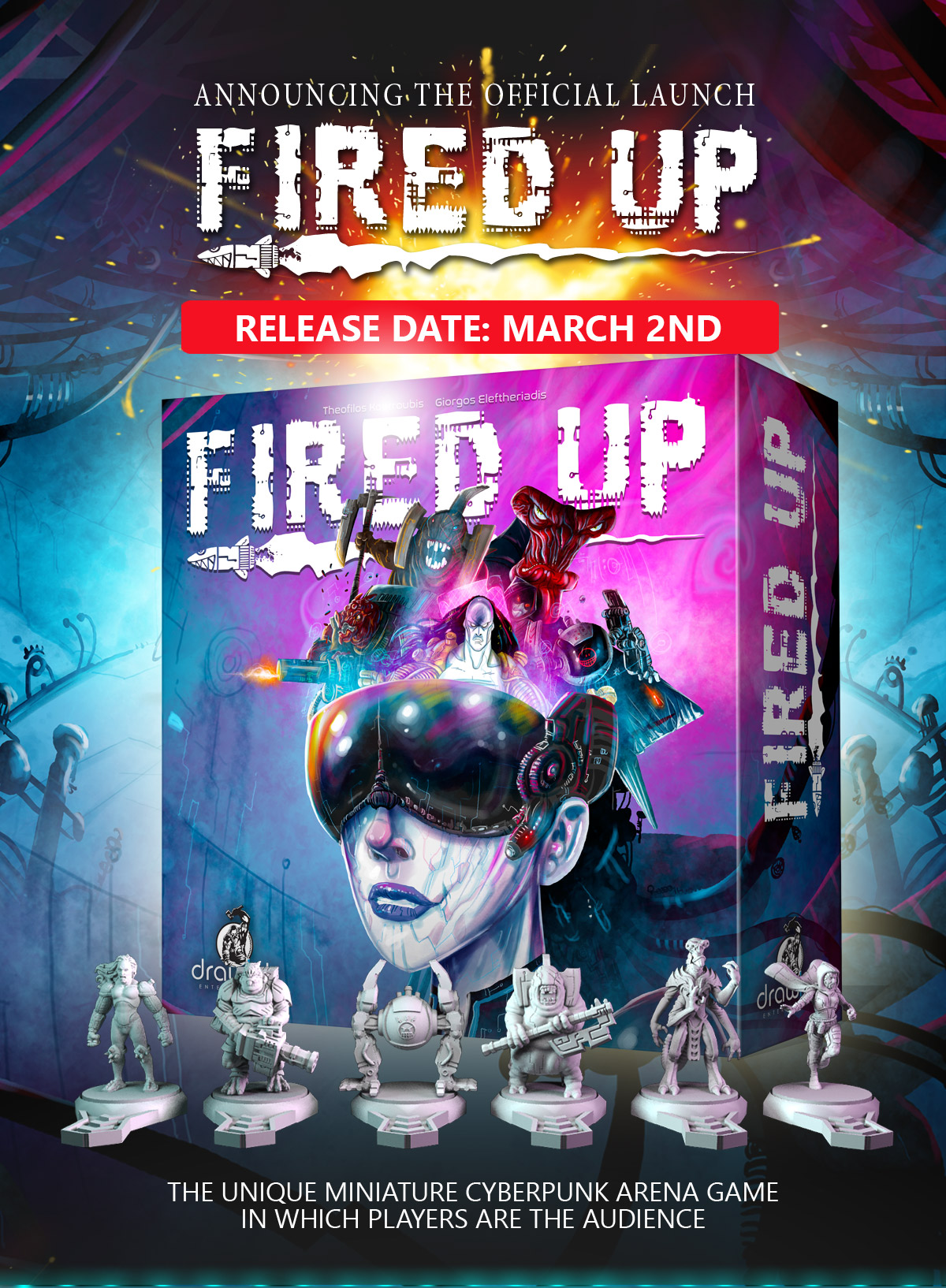 Our biggest release ever!

🔥 Drawlab Entertainment is excited to announce our new release, Fired Up is going to be available through international distribution starting March 2.

🔥 Fired Up is a cyberpunk arena game in which players are the audience of the most fascinating fight in the world. From your position in the audience you can influence all the fighters trying to get them to perform some amazing Highlights and getting you Fired Up while scoring your secret objectives.

🔥Fired Up comes with original artwork by The Mico, high quality miniatures, a unique pentagonal board, custom dice and Game Trayz.

🔥 Fired Up got a ton of positive reviews in the last physical convention it was available for playtesting by players and reviewers alike while it has been named as one of the Most Anticipated Games of 2021 by Board Game Spotlight. 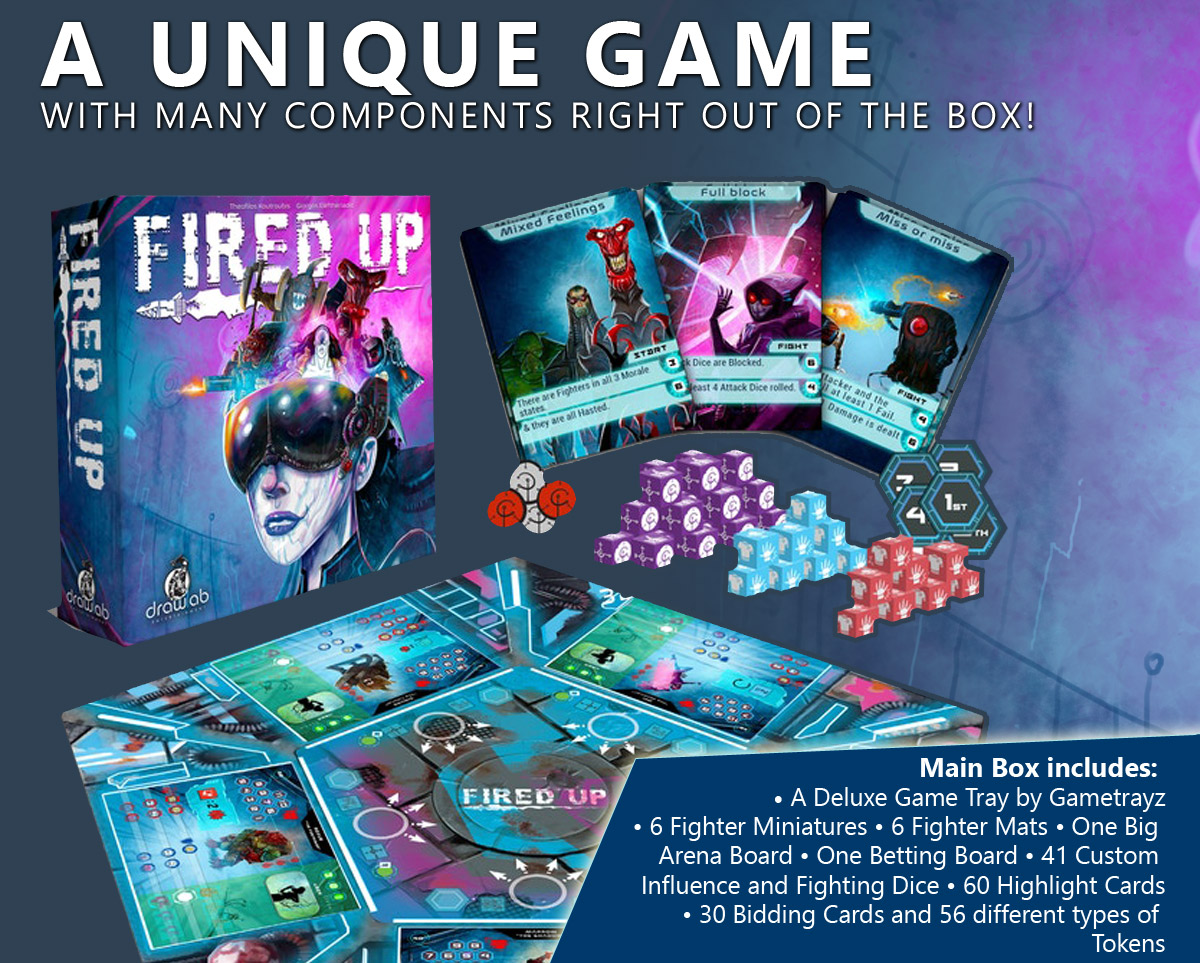 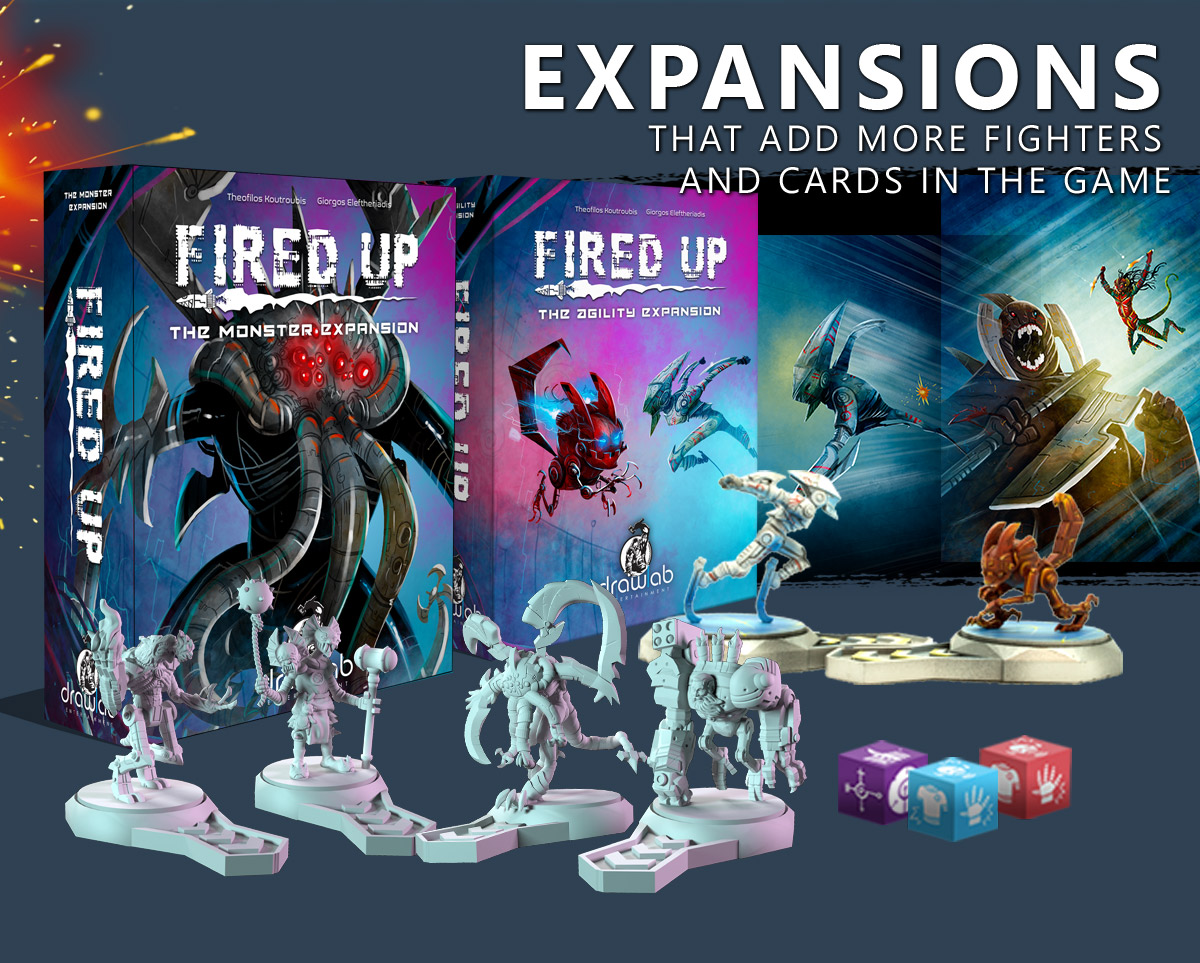 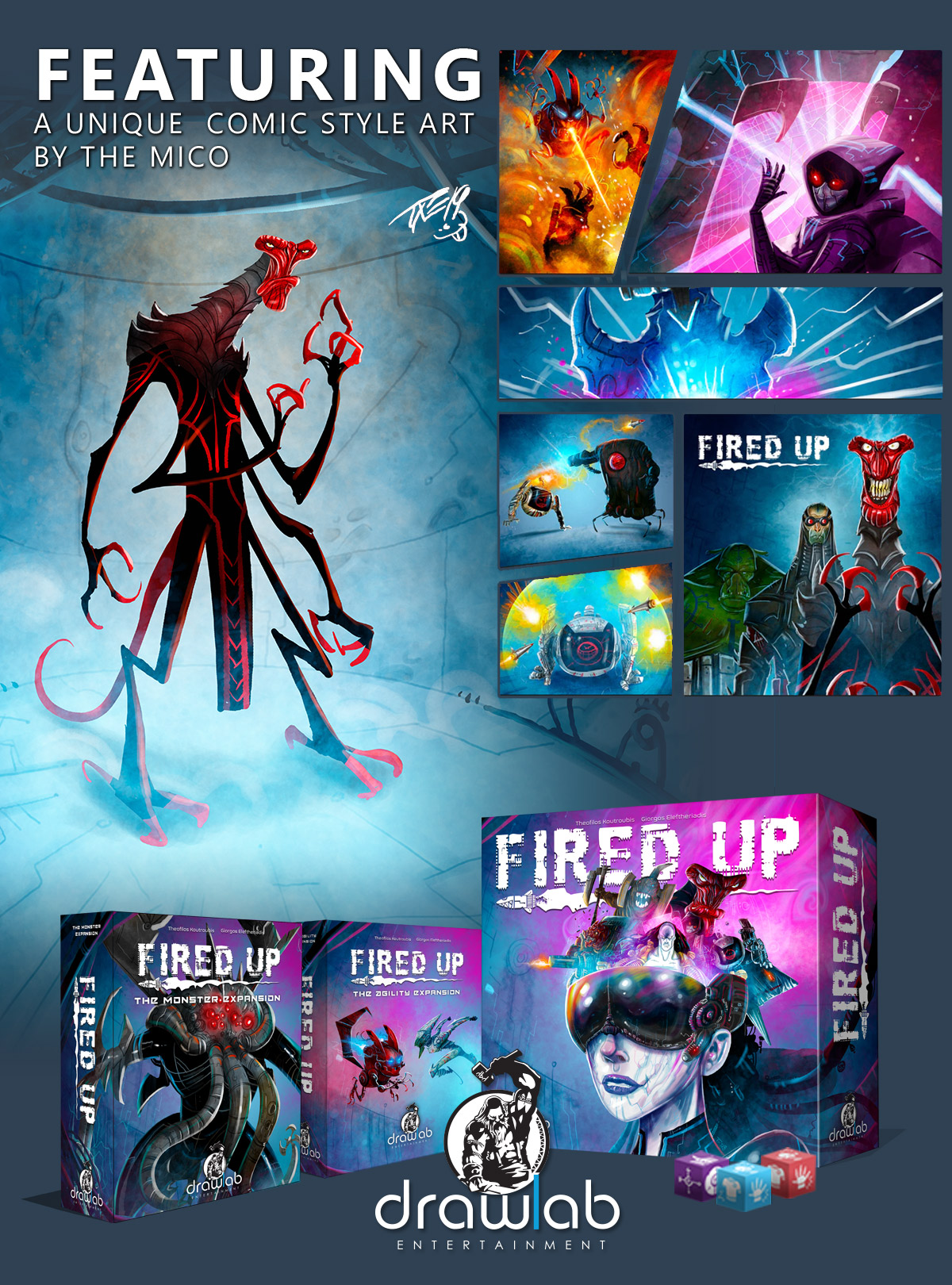 You can also find out more checking out the Preview video by Man vs Meeple:

TacTiki live on Backerkit: How to confirm your pledge
Next Post
Search